To make a donation to the National Federation of the Blind of New Jersey via credit/debit card or with a personal PayPal account, please visit our Online Donations page. 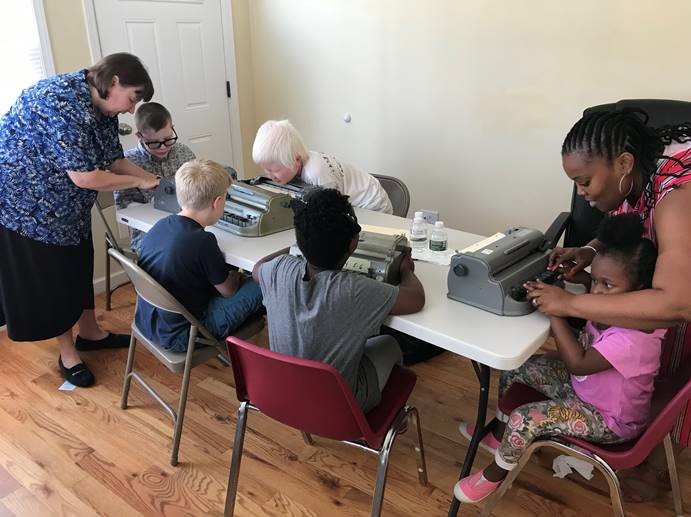 Students of the 2019 BELL Academy are learning how to write Braille on a Perkins Braille writer. 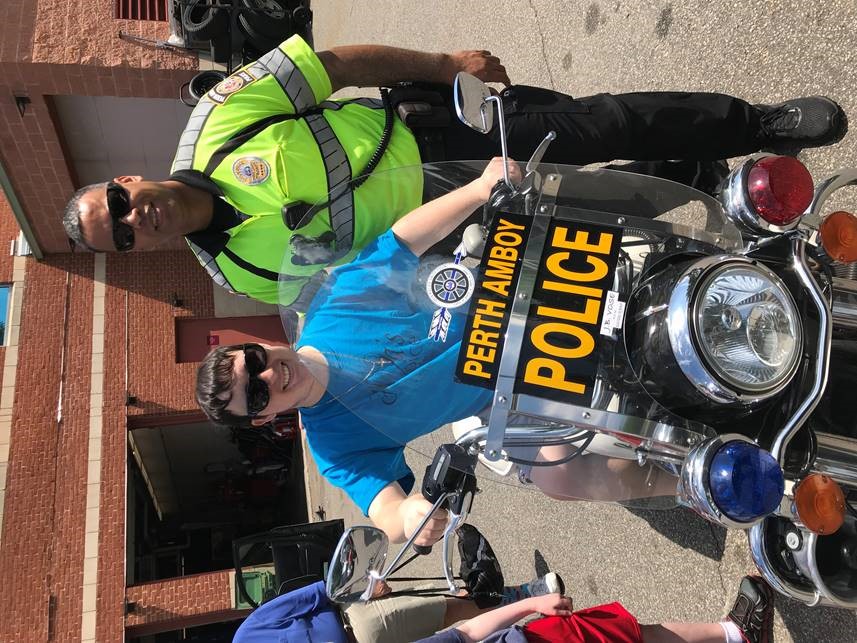 Jonathan Zobec, president of the NJ Association of Blind Students and assistant BELL instructor, and BELL students checking out the equipment while visiting the Perth Amboy Police Department. 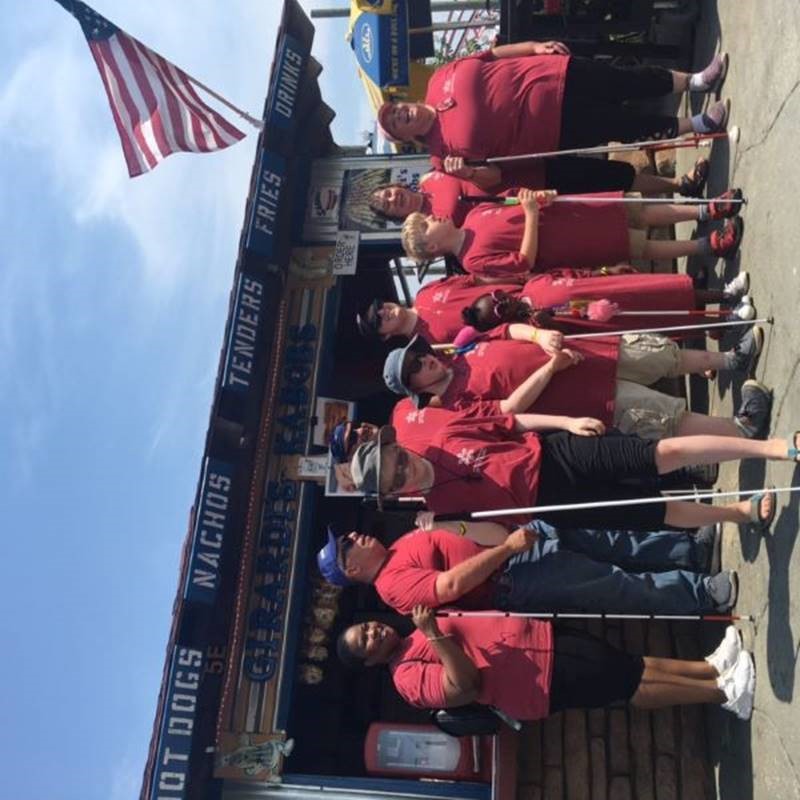 Group picture of students and instructors while enjoying a day at the Keansberg Boardwalk during the 2019 BELL Academy. 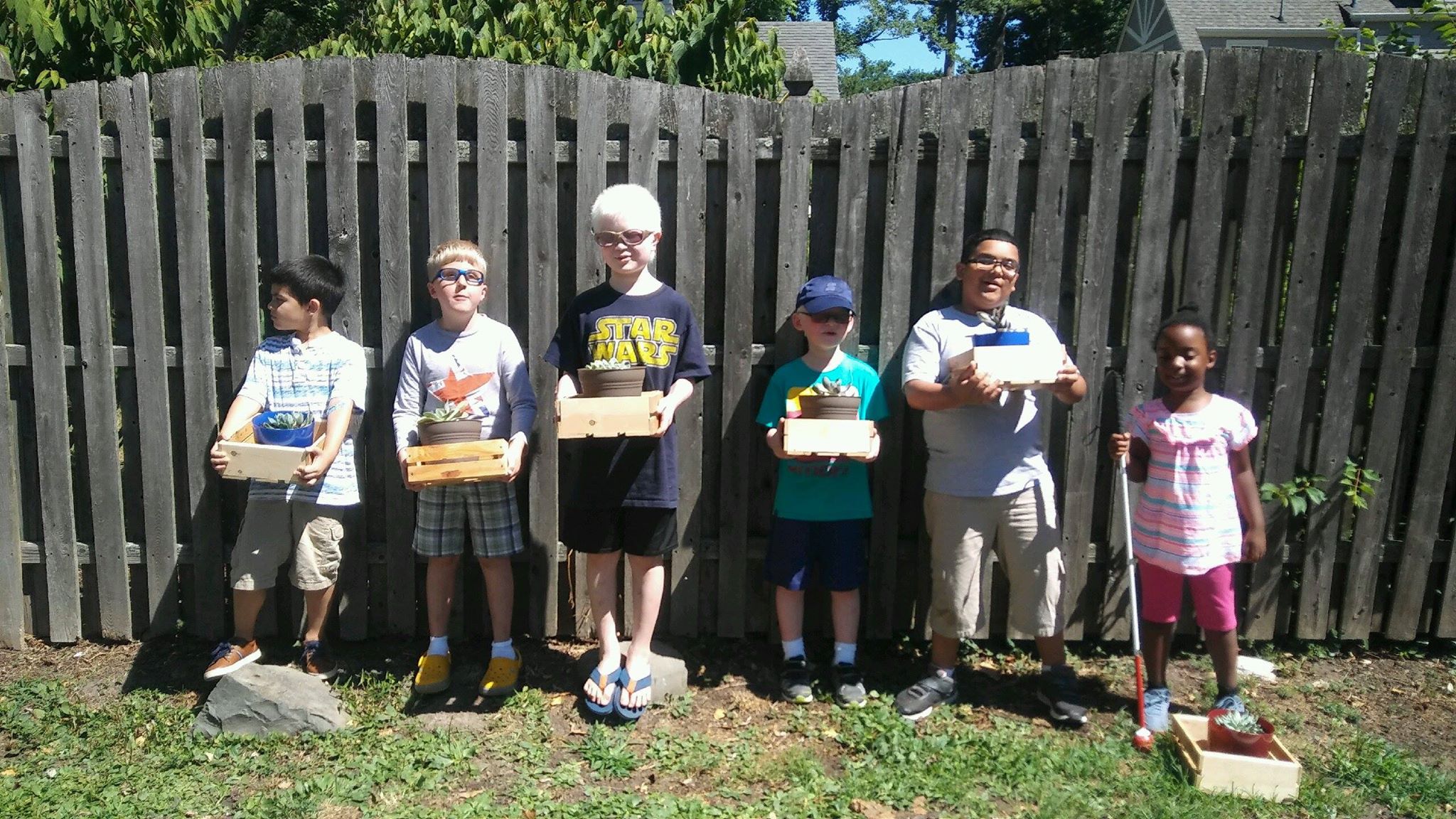 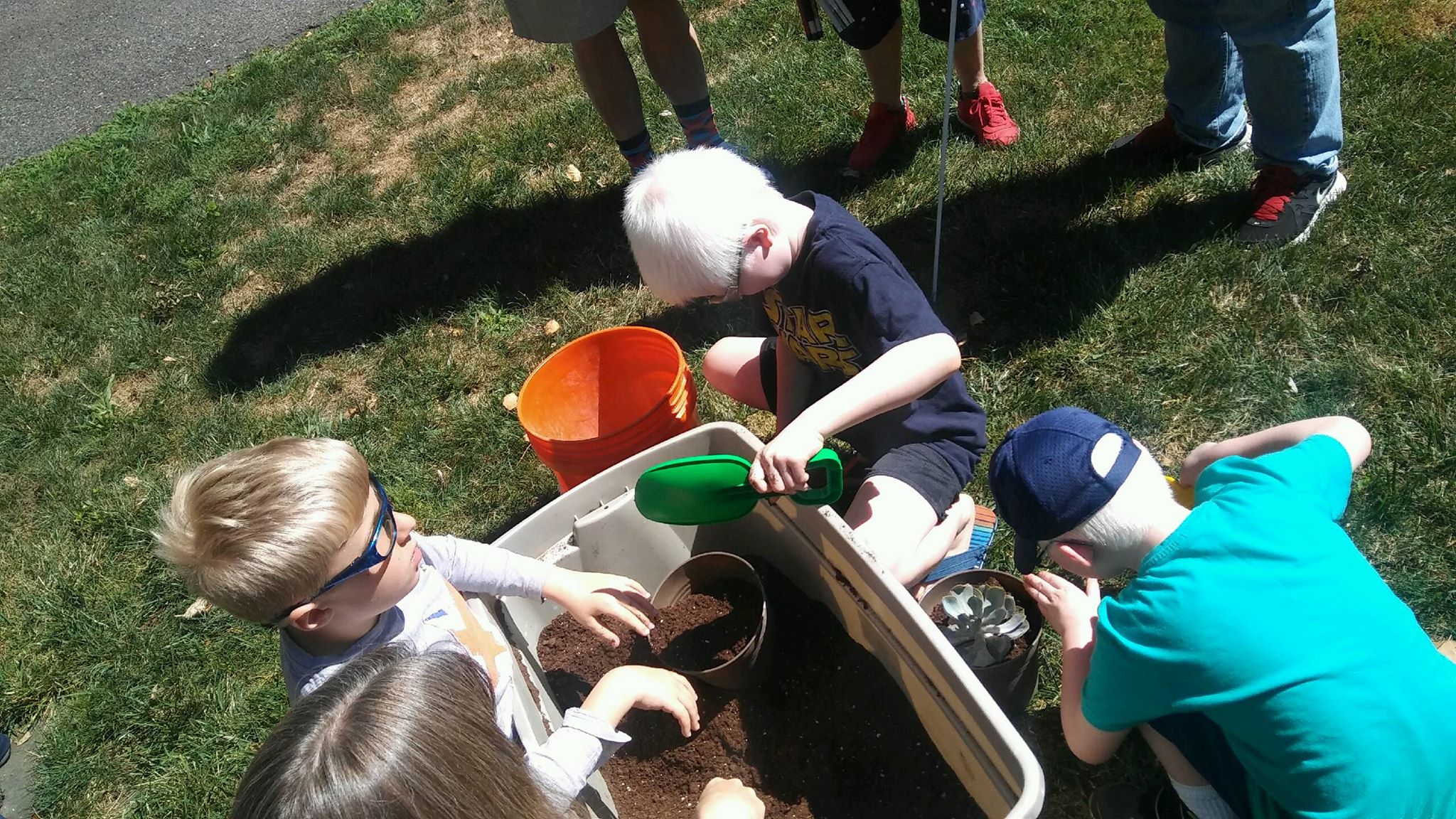 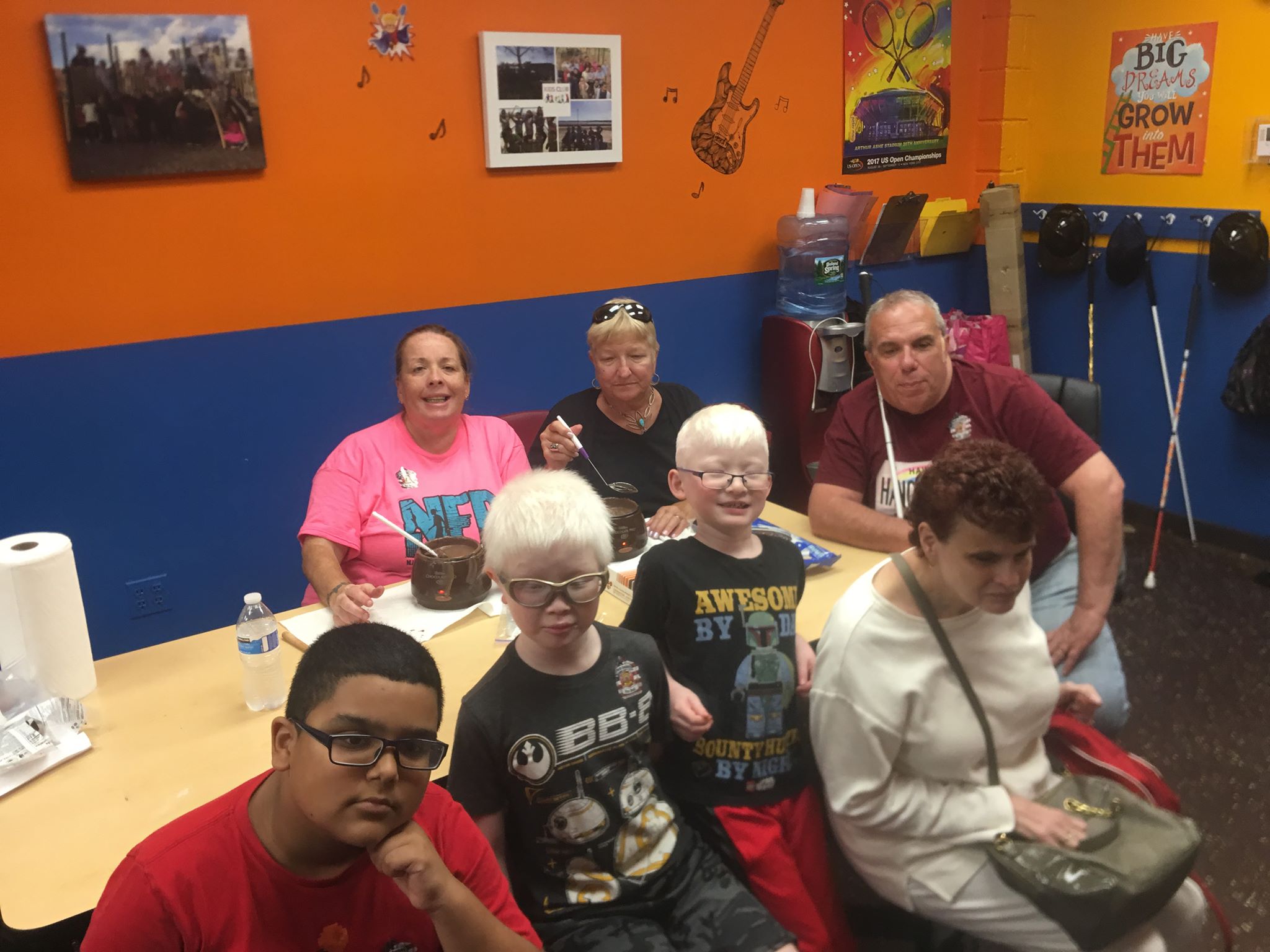 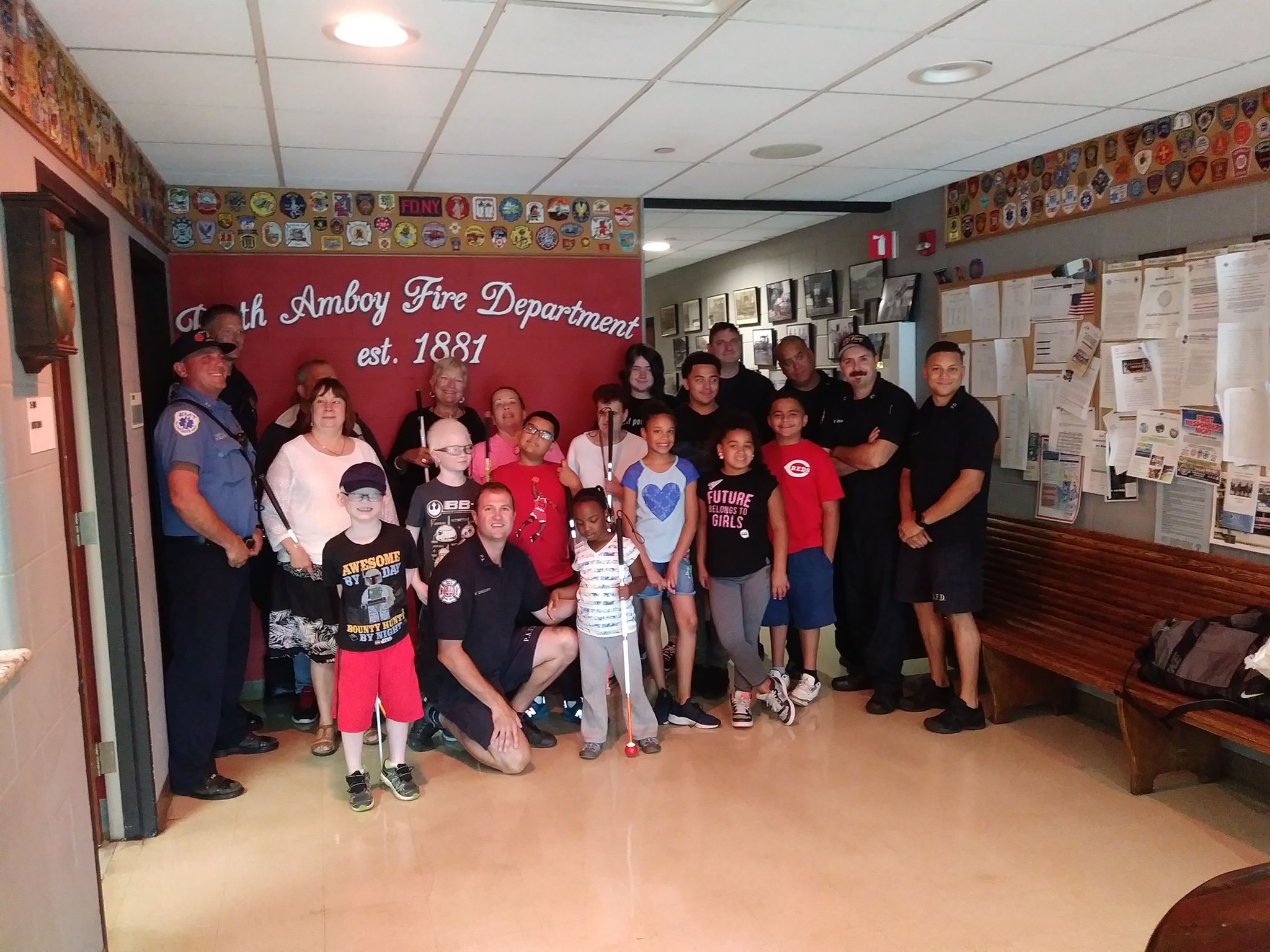 Picture of BELL students and staff at their visit to the Perth Amboy Firehouse. Picture taken by Linda Melendez. 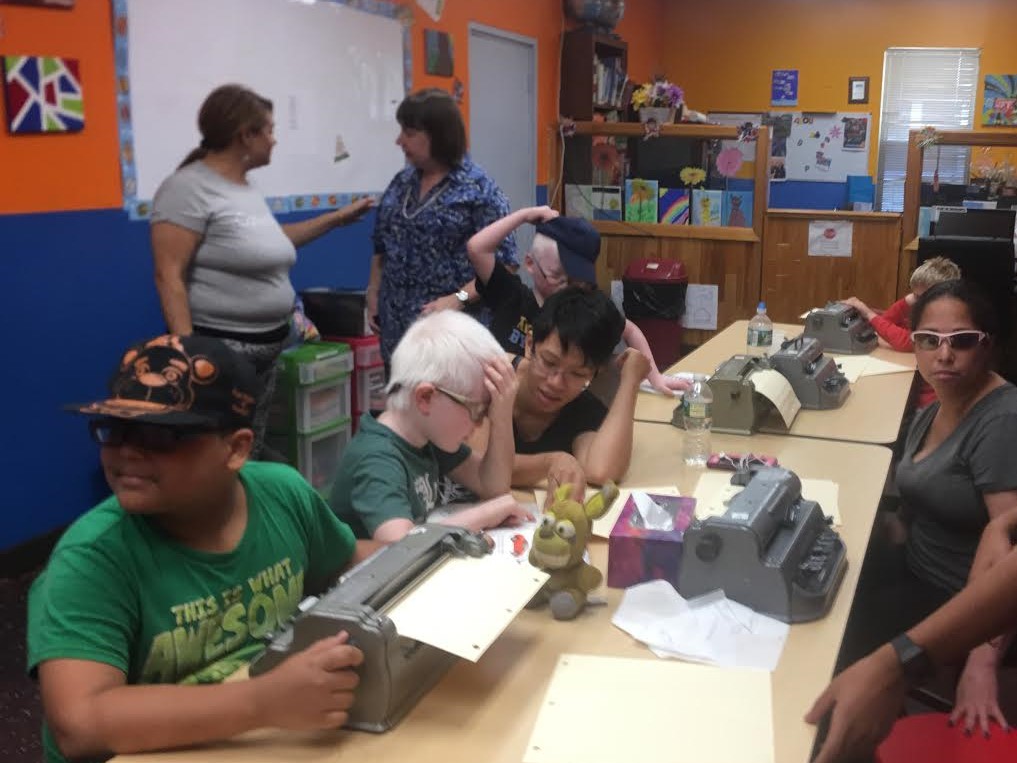 BELL Children typing away on their Braille Writers during the 2018 BELL Academy. Picture taken by Linda Melendez. 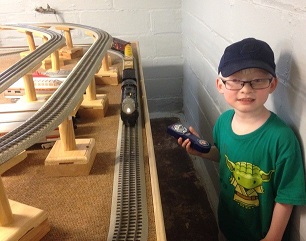 BELL Academy student Luke is having fun playing with a train. Picture taken by Barbara Grames. 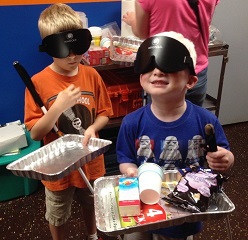 BELL Academy students Luke and Nate are practicing walking with their canes while carrying trays. Picture taken by Barbara Grames. 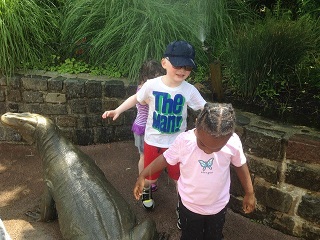 BELL Academy students Luke and Zora having fun while at the Turtle Back Zoo. Picture taken by Barbara Grames. 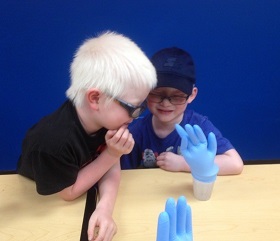 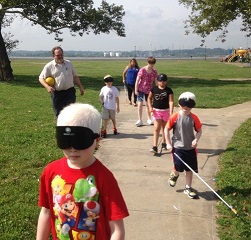 BELL Academy students are practicing using their cane skills while at the 2017 NFBNJ BELL Academy. Picture taken by Barbara Grames. 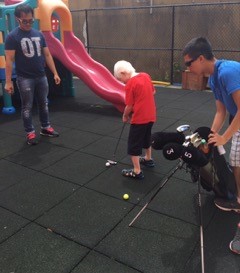 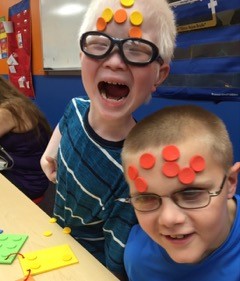 Ryan Abbott and Ethan Rieger, students at the 2016 BELL Academy have playfully placed adhesive dots all over their faces. The dots came from foam rubber rectangles of six dots each. The children removed selected dots from each rectangle to make each rectangle a different letter of the Braille alphabet. The rectangles were strung together in a banner. Picture Submitted by Holly Miller. 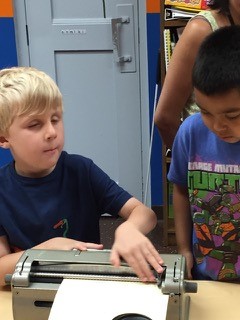 Nate Stephens, a student at New Jersey’s 2016 BELL Academy, introduces a guest from a neighboring summer program to Braille. Picture shows Nate with his hand on the embossing head of a brailler, checking what he has brailled, to one of our summer guests, right, looking on. Picture submitted by Barbara Shalit.

Ethan’s Crinkle Machine
Ethan Rieger built this paper crinkler during our visit from Bricks4Kidz. In this video clip, he is sends a flat, narrow strip of paper through two plastice gears moving in opposite directions. The flat paper goes through them and comes out crinkled. Video submitted by Holly Miller.